2020 is just 2 days away and I am having mixed emotions for it. Although I will wake up the same way on the morning of January 1, 2020, as I do now, yet there is a timid nervousness budding inside me at the thought of what and what not will happen. But more than that, I can’t stop recalling the highlights of 2019.

Talking about it, this year taught me a lot in a way or the other. From starting the year on a rough emotional note to ending it cheerfully, I am glad to have met and crossed paths with each and every person.

The first quarter involved a lot of stress, fights, and emotional trauma, of course. I had my board exams at this time preceded by a school farewell and followed by me taking up a content writing internship at Kota City Blog-a community I fell in love with as soon as I joined it.

The next quarter was a turning point and involved a lot of stress and anxiety. I was mostly stressed about my board result and getting into a good university. But this wasn’t the most tiring part, the most tiring part was to figure out what I want to do in life(which is not yet sorted), to decide what course I want to pursue and most importantly to not feel worthless about myself.
There were also days when I would feel nothing but suicidal. Things did sort out pretty well, I would say and I am thankful to a bunch of people who made me feel better.

The last two quarters were happy ones.  with the onset of my college life, I moved to Mumbai to pursue my bachelor's. I made great friends, I had someone to witness the sunset at marine drive with(we still do it), I felt good for most parts of the day and even when I used to be at my lows, I wasn’t as vulnerable as I used to be and also I witnessed my 18th birthday this October. I also learned to stay without my family, learned to accept the changes in life and keep going.

The thing this year made me believe in is that things do get better and sorted out with time, provided, you give enough time to them.

Also, I realized I don’t ever run away from my emotions no matter how worse they get. There’s one more thing I believe in now- one always gets what he wants providing he wants it desperately(yup the Om Shanti Om dialogue).

There’s still a lot to learn and experience, to gain and lose, to seek and explore and I am all set for it.
A very Happy New Year to everyone reading this. Sending hugs to all of you and a ray of hope to those who witnessed a bad year this time.
Doodles!

like a crushed paper
she was lying amidst the garbage of broken promises
a used paper, on which once,

someone wrote the most beautiful words
words which had their own rhythm
words which sang an unknown yet melodious song
a song which dictated her beauty
a song which had its own meaning
a song that once delighted her heart
and a song which promised her all the infinities.
but when the circumstances changed,
when the sun sat in, and an eerie silence was taken by,
she looked for the same voice, same rhythm, same words to sing the same song
to intervene the deadly silence
with their euphonious  tone
but with the setting sun
maybe the tones sat too
because now they just echoed
nowhere but in her heart
and this was when she learnt
not everything you hear is true
and illusions are true too!

Posted by Aashi's blog at February 11, 2017 No comments: Links to this post

A few more minutes passed and the darkness grew more intense. I retreated myself with the words that everything will be fine soon, that life is a rollercoaster and I'm getting down from high, that everything has its end and my problems will also have their end.
I don't know for how long I repeated these lines but one thing I know for sure is that these lines gave me an unexpected power to fight with my cowardice. My heartbeat which was faster once was now normal and I slept with all my senses.
The next morning when I woke up and opened my eyes, the bright rays of sunlight penetrated through the cornea of my eyes. With all my senses wide awake I could feel the morning sun and its warmth, the positive energy it beheld. I could hear the birds chirping which delighted my heart. With a new energy and a constant thought of facing all the difficulties with full courage and determination, I was ready to begin a new day of my life-a day which changed it completely. A day when I discovered a new me.
Posted by Aashi's blog at February 05, 2017 No comments: Links to this post

"Why don't you die? What on Earth are you doing up till now? For what the hell reason are you here, alive? Why the fuck you were born? In past so many years of life all you have done is bothered your parents to earn more and more to satisfy your needs. What a greedy human are you! So many years of your living but still not a single moment of pride and honour for them. How can you be so self-fish? Shame on you! you hussy! you don't deserve to live. I haven't seen a girl like you who has never made her parents proud in her entire life and on top of it is ditching them for a stupid relationship. Such a shameless creature you are. You know what? you don't deserve to live. You should die. yes, you..you whore I'm talking to you... You shameless bitch, what are you looking for? Go take those pills, swipe that metal hard against your veins, pull that rope tight aginst your windpipe. Each and every glimpse of pain should remind you of your mistakes, your sins. Go for it---" said someone before being cut by a sweet delightful voice.
"what happened my child? what my princess is thinking about?" said her mother.
"yeah--nothing mom just a little headache. I want some rest. Will you please leave?"
"Sure darling. Take care."
"yeah. Bye, mum." said she and the door went off.
A sharp metal piece slides across her wrist followed by a no. of pills that pass through her alimentary canal. Blood drops and darkness is all she can see. It is now when she figures out who that 'someone' was? It was her inner voice which is silent now. The inner voice of a 15 yr. old girl.
A deep silence prevails in and out of her mind. "my princess" is all she repeats in her quiet mind.

Posted by Aashi's blog at November 30, 2016 No comments: Links to this post

I'm a bad girl
I'm a bad peer
I'm not like others,
I usually don't mix up.
even if I do
there's a strange fear in me,
for I'm like a maze of trees.
for some, i appear as dumb
for others, i appear smart
for some I'm mean
for the rest I'm keen.
but I know what I'm and what I can.
but alas! I cannot force them to see through my specs
I cannot ask them to walk in my shoe.
all I can do is, I can lose myself in their world
I can force myself to be like them,the way they want me to be
Or maybe I have to do this,
or else I'll be the so called;
'nerd' forever.

Posted by Aashi's blog at November 18, 2016 No comments: Links to this post

The words of wierdo 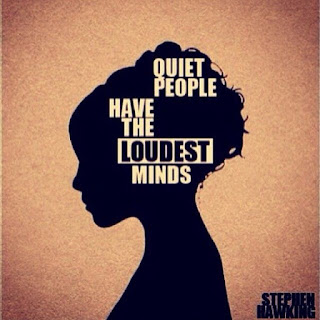 I can't say it loud
for I can't manage to face the crowd.
my feelings are what make me,
and they are the precious part of me.
yes, it is difficult for me to say
but this doesn't mean it's you who I hate.
yes, I like to be in my own company
but this doesn't mean I hate your company
sometimes I want to be alone,
sometimes I want you beside me.
but all I want is you to understand me
for I am a wierdy.
for I pretend to be an extrovert
but beneath me lies what they say
a weird introvert!
Posted by Aashi's blog at October 07, 2016 No comments: Links to this post 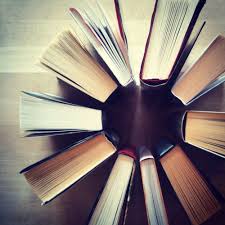 They were her forever companions,
They were the song of her heart.
They were her love,
They were her world.
When she was isolated from the external world,
She was included in their world;
A world of silent words.
They meant a lot to her
As they knew her better
Than anyone else knew her.
They had words for all her absurd feelings,
They had words for her lunatic behavior.
They had reasons for her happiness,
They had reasons for her sadness.
These were the reasons why she loved them
And they were the reasons why people called her
A CRAZY BOOKISH NERD!
Posted by Aashi's blog at September 30, 2016 No comments: Links to this post

don't depend too much 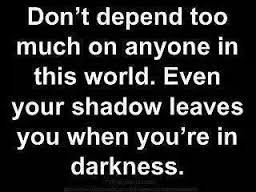 L o V E- A beautiful experience  LOVE - The most wonderful feeling of the world, a feeling when everything appears so beau... 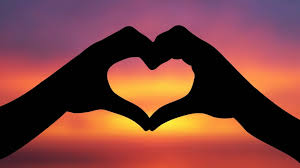